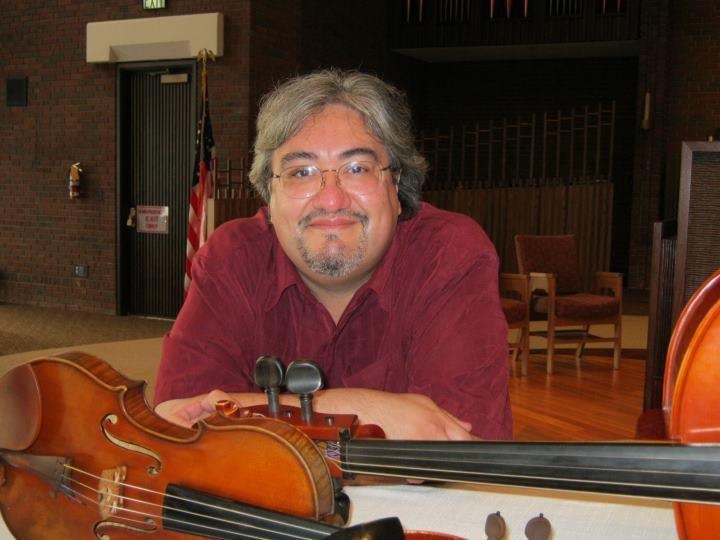 There is SO much great music. There is music to touch every imaginable human emotion, and even subtle variances of these emotions. There is music that one person can appreciate as a tragic piece, but another can feel triumph in the same chords. There are many works that transverse the complete psychological plane, from the darkest corners of our psyche to heightened levels of ecstasy; all within one score!

And then, there is music that can do even more. Music that transcends. Works that not only transcend music, art, and emotion, but our very understanding of existence. I had the great honor of experiencing such music last night, in Muskegon, MI, as I was blessed to perform Olivier Messiaen’s “Quatour pour la fin du temps” for the third time in my career. My fellow perfomers were of the highest caliber; Jon Holden, professor of clarinet at Florida State University; Igor Cetkovic, Doctor of Cello at Michigan State University; and Zhihua Tang, professor of piano at MSU.

We didn’t have much time to get this mammoth score into a performance worthy state, TWO rehearsals. We did, however, make excellent use of the time we had. It was obvious to all of us that these were precious hours.

I have had, perhaps, the two most wonderful musical experiences of my career playing this remarkable work; once in Michigan City for our beloved festival crowd in 2005, and the other, last night, 10 years later.

In 2005, we presented the piece in an educational manner, describing the music’s use of “ugly” dissonance. We also stressed its unique history, as Messiaen composed and premiered the Quatour as a prisoner in a Nazi POW camp.

After this particular performance, which was received with a standing ovation and four curtain calls, I was approached by a lovely gentleman. He was a senior member of our audience, and introduced himself as a WW2 veteran, and a musical novice. He said to me. “I think I know why Messiaen used so much dissonance.” When I asked him what he thought, he brilliantly replied, “because he HAD to…” A moment that stopped time for the two of us that I will never forget.

Last night’s performance also wielded an extraordinary moment. After my final note of the quartet’s last movement, the famous “Louange” for solo violin and piano, there was a prolonged, ethereal silence. It hung in the pregnant air for at least 30 seconds…. No applause, no rustling. We musicians sat there, eyes closed, and still. It seemed, once again, that all sense of time had stopped. Finally, applause. Extended applause, with tears in the crowd’s eyes.

I could never explain WHY this music has this effect, I just know that it does. Not from academic theory, or even personal belief, but from being a witness to the glorious stoppage of time.

Nic Orbovich enjoys a reputation among adventurous American violinists. His acclaimed career spans a wide variety of musical styles and genres, while expanding into prolific artistic entrepreneurial endeavors. He invites you to shares is passion for the violin and chamber music.