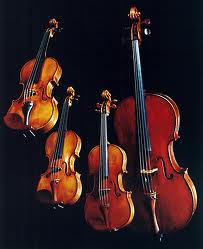 The Michigan City Chamber Music Festival (MCCMF) is special. It’s, well … different. The MCCMF musicians are special. They’re …. yeah, different. Sure, five of us solo on Grammy nominated albums. Oh yeah, one of us has an album on Grammophone Magazine’s “Top Ten of the Year” list. ALL our performers are world-class players. But that’s not what makes us special…

You see, all our guys and gals are quality PEOPLE, too. The kind of people you’d love to have for a neighbor. The kind of person you can call a FRIEND. There is a special synergy at the MCCMF that I really haven’t seen before. This festival is truly a “labor of love”.

Yes, we’re all professionals, and the MCCMF compensates our virtuosi as they should be. It wasn’t always this way, though. If it weren’t for the love and generosity of the MCCMF musicians, this festival wouldn’t have sounded a single note.

Here’s something a lot of folks don’t know about our musicians. Our world-class, Grammy nominee instrumentalists and singers DONATED their time and talent, and traveled vast distances, for the first TWO years of the MCCMF’s existence! Extraordinary, but true.

It was myself, Wesley Baldwin (cello), his lovely bride Melisa (soprano), and Rudolf Haken (viola/composer), who met at the Hot Springs Music Festival as faculty members, and became fast friends. We talked late into the night about the “perfect” music festival…. One where we could play and share the music we love with an appreciative audience in an informal setting. One where we could CONNECT music, musician, and audience, as originally intended. We decided, THAT NIGHT, that WE would make it happen.

It wasn’t easy. Fund-raising was quite slow at the beginning. None of us had the time, or financial footing at that point in our lives, to give up more than a week’s pay for ANY reason. But we did. We believed in this mission passionately.

Yes, the first year, 2002, along with the other charter member, pianist Robert Auler, we played 5 different chamber music recitals and 3 different concerts for children in NINE days with NO remuneration. Then, we did it again in 2003 (by the way, that concert format is still in place today, but INCREASED! 10 events in 9 days!) That’s really when the miracle started ….

The audience really started its cultivation then. Word of mouth spread the good news of the MCCMF across the NW Indiana area, and donations started coming in. We were thrilled to be able to compensate our musicians with some travel money at the end of the second season.

Since then, the musicians continue to show unique expressions of their love for this festival. As we add new members to our performing family, they seem perfectly happy to join the “lovefest”.

Over the last three years, for example, charter and new members alike have, once again, donated their time for a fund-raising house concert. This new event has become a cornerstone of our budgetary intake. It wouldn’t be possible without the generosity of Zofia Glashauser (violin), Gabriel Schlaffer (viola), Rudolf Haken (viola), Jasmin Arakawa (piano), and David Peshlakai (cello).

Another incredible story comes to mind. One which I haven’t shared publicly until now.

A few years ago, we had a snafu with providing food for a reception (BTW, we’re almost as beloved for our amazing receptions, as for our music). It was for the final concert of the season, and a particularly grueling program. I suppose the stress was getting to me, and was apparent to my precious musicians. Robert Auler (“Robbie”) actually recruited Wesley Baldwin to join him in traveling to the nearest supermarket, DURING INTERMISSION, and BOUGHT FOOD FOR THE AUDIENCE. Mind you, Wesley was performing on the second half of the program! They had taken it upon themselves to NOT share this news with me, the Festival Director, until after the performance was over, to save the emotional wear and tear on my psyche. I had NEVER seen anything like it before. I am indebted to my colleagues forever…

Wonderful stories, all, but one can feel this energy and love in the air at any given concert. Join us for the music, the camaraderie, and the love. August 9-17, www.mccmf.org for complete schedule.

Nic Orbovich enjoys a reputation among adventurous American violinists. His acclaimed career spans a wide variety of musical styles and genres, while expanding into prolific artistic entrepreneurial endeavors. He invites you to shares is passion for the violin and chamber music.